Written with excerpts from SWYAA Sweden

In the beginning of August, SWYers from all around the globe gathered in beautiful Stockholm where they spent a week attending Sweden’s SWY Camp.

“Friends from all over the world reunited to spend one week together, water skiing, kayaking, wall climbing and playing traditional Swedish games” says Mifuyu Shimizu from Japan.

At official reunions there is little time for casual conversations and spontaneous networking. Camp SWY provided the alternative; a laid-back, relaxed and informal event where old and new SWY bonds could grow and flourish.

“We wanted to reconnect to the SWY spirit by offering an opportunity to foster international relationships, personal development and cross-cultural connections” says SWYAA Sweden.

The planning process took 6 people. “We started a year ahead and moved over to having short meetings every second week for briefing and updates” says Carolina Hawranek of SWYAA Sweden.

K-G Eriksson, SWY Sweden’s treasurer first came up with the idea of doing a reunion at his campsite back in 2011. “It took almost 6 years until we had a board strong enough to start planning” he says.

They spread the duties amongst themselves, from budgeting, embassy contacts, bookings, accommodations, etc.

“To have small reunions is a wonderful way to fill up my SWY spirit” says K-G Eriksson. In particular, he enjoyed having so many new friends know Sweden- not just the internationally known facts but the downsides and background stories too. “It was fun to see them come to a normal Swedish supermarket and meet local swede’s” says Eriksson.

The camp was truly a communal effort, with participants being divided in letter groups to help with food and dishes. “A lot of things in SWY camp were so memorable from the long walking tour in Stockholm, the museums,  beautiful lakes and the food time ringing the bell” says Mahmood Alfarsi from Oman.

K-G Erikkson describes the time spent together as wonderful. “If you have a strong SWYAA board, I would absolutely recommend making something similar” he says.

“The Swedish love nature and the outdoors. We would love to host a similar activity in Spain!” comments Paloma from Spain, “SWY spirit for me is the wish of keeping our connections alive and feeling like you are part of the SWY family-a family that keeps growing even after SWY ends”.

Carolina from SWYAA Sweden says to not underestimate the work load of getting PY’s signed up and reminding them about transferring their fees.

“But once the SWYers arrive it’s all worth it!” she exclaims. 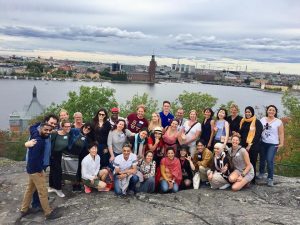 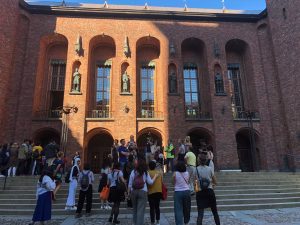 Day 2 included strolls to Parliament, Old Town and then a ferry ride to Royal Djurgarden. 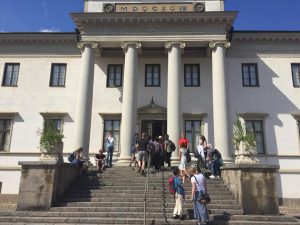 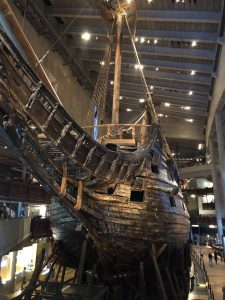 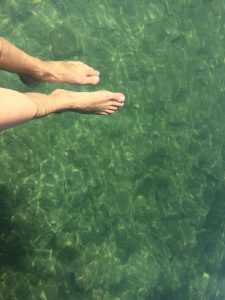 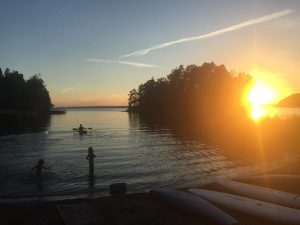 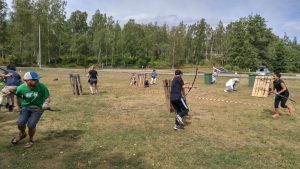 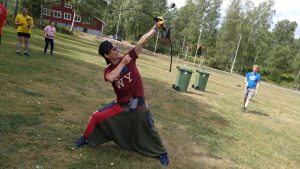 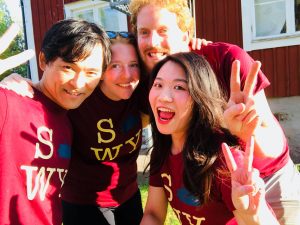 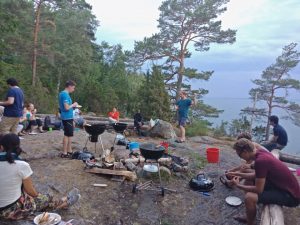 Day 3 was the first day at Camp SWY. Canoeing, siesta, swimming, outdoor dinner by the lake and sauna the “finnish” way. Many first times and happy faces when trying all these new adventures while immersed in Swedish Nature! 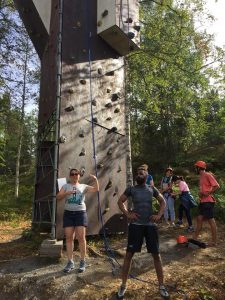 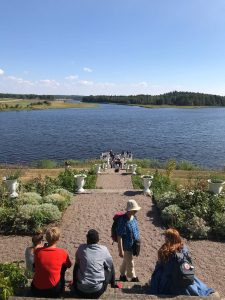 Day 4 was excursion day to the cosy town of Askersund. Swedish fika (coffee break) in the Castle Café, on the boat accompanied with local shopping and historical interiors! 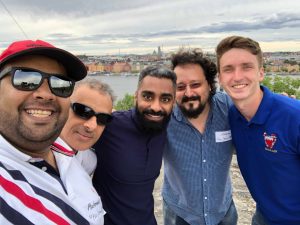 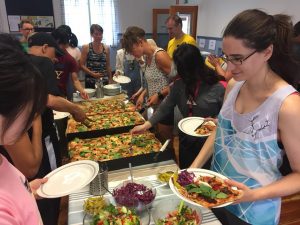 Pizza for dinner and farewell party!