SWYAA Bahrain  invited SWYers to participate in The First Global Youth Festival for SDGs 2018 in the Kingdom of Bahrain from October 20th to 26th. Sareema Husain from SWY 29’s Canadian delegation was selected alongside Matika Lauzon, and this is her account of it.

If I am to speak of my first visit to the Middle East, where do I begin? Do I tell you of the brilliance of the colossal mosques, their pointed tops paramounting the skyline? Or the grittiness of the desert and towering skyscrapers that were planted in the thick of it. The pastel colors –cashmeres, gold and off whites- provided a calming backdrop to the jutting signs of industrialization. Bahrain is a country comprised of 30 islands in the Arabian Gulf. Many of these islands are manmade which explains the empty square plots of land that lay in between the fancy hotels, lounges and cafes.

We visit the Isa Cultural Center and the Al Fateh Grand Mosque, one of the largest mosques in the world. It is strikingly huge, with a big open square in the middle surrounded by pillars made from Bahraini limestone. We don traditional abaya’s and thobe’s and follow the tour guide as he educates us about the long-standing history of the place. Built in 1987, the mosques carpet is from Ireland, the crystal chandelier from Austria, the carved doors from India and the glass globes from France. We stand underneath the central dome, the largest fiberglass dome in the world. “This is where we make all the bombs” he jokes. His humor is refreshing. As we are leaving, I spot a dusty cloud rushing to us in the horizon. In awe, I stand and stare at it; it’s rare I see clouds move so fast. Suddenly, I’m covering my eyes with my scarf and grinning at the novelty. I’ve been caught in my first sand storm! 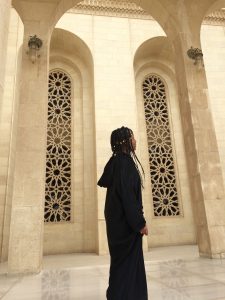 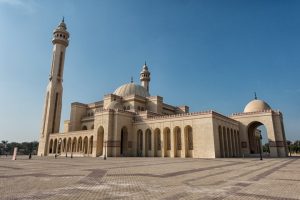 The conference itself had insightful speakers brought in from all over the world. A blind man named Simon Wheatcroft sharing how technology has enabled him to run marathons without the use of a guide. A hacker named Jamie Woodruff tells us how we can all obtain free iPads with a little bit of trickery.  Gender equality, the changing face of the cyber age, and artificial intelligence-these were a few of the timely subjects the conference speakers elaborated on. 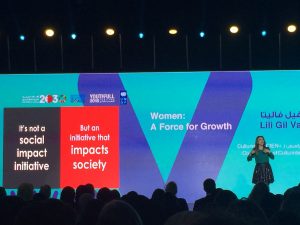 Lili Gil Valletta, cofounder of Cultural Intel, made me think about the impact of the language we use

Most importantly, the speakers reaffirmed what us SWYers know to be true. In terms of development, “it takes someone with a cultural perspective to bring up the tough questions”. How you interpret the world is how your brain is trained to see it. I was reminded how SWY primed us to act in a global sense, armored with the realization that cross pollination breeds creativity. SWY was a space that welcomed diversity and implemented in us ways to hold multiple views of reality and appreciate alternative value systems. It was humbling to remember that this beautiful structure we created could inspire us to demand for trust, accountability and transparency in larger institutions.

However, such pretty words aren’t applicable to all. During the Q&A session, a young girl raised the question: “What if my society does not allow me to live my truths?”.  One speaker encouraged her to build communities, pockets of resilience that could eventually forefront change. Another said to focus on changing systems instead of biased minds. 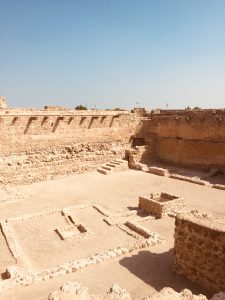 Visiting the fort was a highlight for me. Little did I expect this to be beside a high end shopping mall 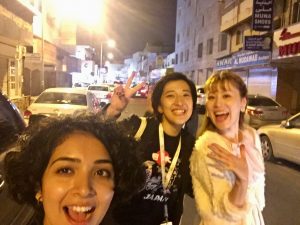 Walking around the Manama shopping district 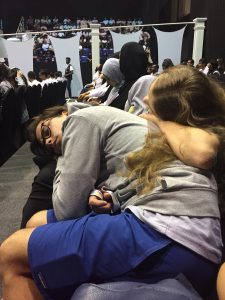 Being from Pakistan, I had imagined the streets in Bahrain would be filled with food stalls, children scurrying underneath them and thick city musk filling the air. But apart from the harbors and markets, the streets were empty. I later realized that sidewalks were few; Bahrain was not very pedestrian friendly as a majority of Bahraini’s drive. In 2006, Bahrain was labeled as the fastest growing economy in the Arab World and today, students are primarily educated in banking, finance, science and technology. Moreso, I met more female engineers in one week in Bahrain than I have in my entire life. When asked if they were the outliers in a male dominated field, they said no. Women in Bahrain are highly educated, as Bahrain was the first gulf state to have education for women in 1920.

During the nights, a festival took place outside the stadium with various stalls where you could explore Virtual Reality, observe youth innovators SDG related inventions, or grab some food and relax on beanbags by the stage, immersed in Traditional Bahraini folk music. Every night had its sparkle. One night, I joined the bicycle tour and rode steadfast into the desert, a soothing momentary escape from the bustling festivities. Another night, SWYAA Bahrain took us to enjoy a traditional Bahraini meal. Indulged by the warmth of Bahraini hospitality, we sipped Karak chai as we exchanged SWY stories and ruminations of Japan. 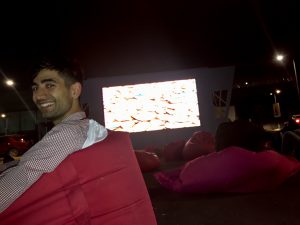 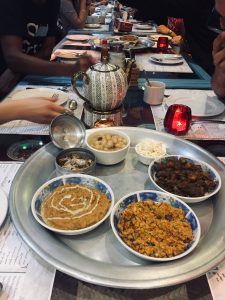 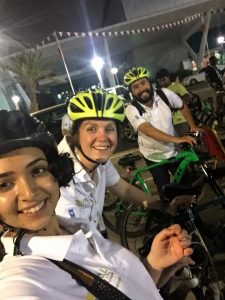 The last night, we clambered onto a mini bus at 4a.m. and drove to The Tree of Life to catch the sunrise. The Tree of Life or Shajarat-al-Hayat is a 9.75 metres high Prosopis cineraria tree that is over 400 years old. 92% of Bahrain is Arabian desert yet the tree has miraculously managed to survive despite extreme temperatures and lack of fresh water or nutrients. A security guard watches over it at all hours, making sure no loiterers climb onto it and break the sacred branches. As we were making the drive to this cultural artifact transformed tourist attraction, the desert was barren but speckles of civilization ebbed and shined in the distance. Hammer like structures toiled into the earth; some of these oil fields were on fire and I mistakenly thought their eruptive glows were the sun rising more than once. The scenery felt almost dystopic; it was no coincidence that us SWYers on the bus were discussing who would die first in a zombie apocalypse. 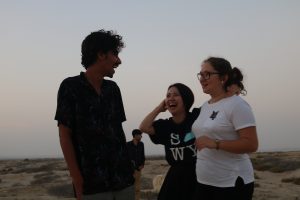 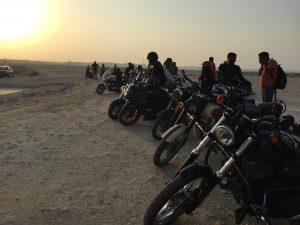 That last night felt surreal, courtesy of the lack of sleep and desolate landscape. We lined up and took pictures as the sun rose up and claimed its spot in the pink cotton candy sky. On a beautiful island in the Persian Gulf, I was incredibly lucky to experience a sliver of SWY all over again. It happened so quickly; they told us of our acceptance a week before the festival and suddenly, I was staying up late in a 5-star hotel room trading candies and having experiences doused in culture alongside fellow SWYers I’d never met before but felt like family. It goes without saying, but I am incredibly grateful to SWYAA Bahrain for all hard work they put into enabling SWYers to attend this festival and making sure we had a memorable experience. Bahrain; your loving generosity and delicious hummus will not be forgotten! 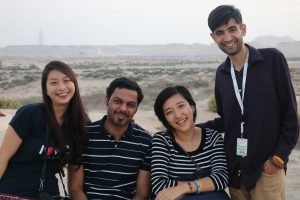